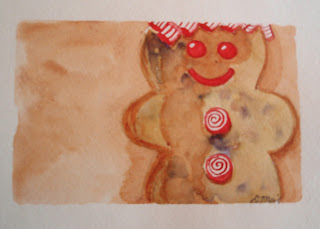 Sending some Christmas cheer.  This is one of my Christmas cards I painted a few years ago of a Gingerbread boy.  They are currently for sale at the Paint Creek Center for the Arts Holiday Market. 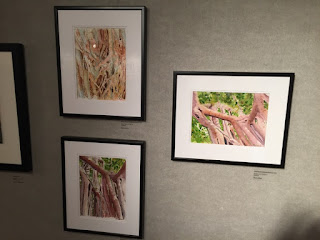 These are the Banyan tree paintings I did in watercolor.  They are currently hanging at the Paint Creek Center for the Arts.  The images originated from photos I took when visiting Sarasota last year.  My sisters and I met up in Florida to honor the one year anniversary of our mothers death.  We went to the Ringling Museum and on the grounds were these magnificent banyan trees.  I took several photos of the details of the trees as they intertwined around each other.  They made me think of my Mom and how we are still intertwined with each other (my sisters) but also still with her.
Posted by Diane ONeil at 8:23 AM No comments:

Living in Michigan can be challenging in the winter months.  It is  October now and winter will be upon us soon.  When the weather is nice you have to seize the day--Carpe diem!  I should have been doing lots of other things but I went for a walk in the local park and took some pictures of the beautiful trees and the always entertaining ducks. 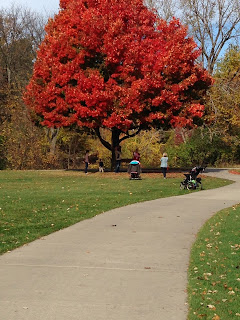 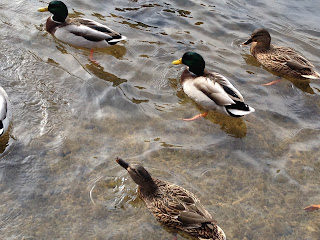 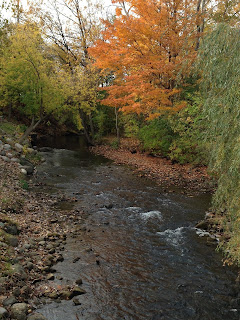 I had two painting accepted into the Our Town show which is at The Community House in Birmingham, Michigan.  I was asked if i would permit them to show my work on a Fox 2 News segment to promote Our Town.  I said sure!  I told all my friends.  I was so excited!  When they did the segment- my painting was nowhere to be found.  Short life in the spotlight!  I was disappointed but I am happy to have been accepted into the show and the opening party will be a lot of fun! 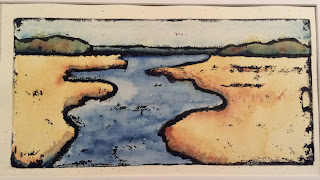 Posted by Diane ONeil at 8:08 AM No comments:

Art show at Paint Creek Center for the Arts

This is the postcard for our show at Paint Creek Center for the Arts in Rochester, Michigan.  Our opening was October 3rd and we had an amazing turnout.  The show will remain available for viewing until October 31st. 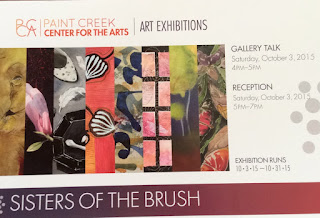 Posted by Diane ONeil at 2:43 PM No comments:

Paint Creek Center for the Arts

I have an upcoming show at the Paint Creek Center for the Arts in Rochester, Michigan.  I will be joining my fellow members of the Sisters of the Brush at the Art center for the month of October.  We will each be exhibiting at least 10 paintings.  This is the painting that is on the postcard that Paint Creek designed. ﻿ It looks much better full sized!  ﻿The opening reception is October 3rd from 5-7 and there will also be an artist talk the same day from 4-5. 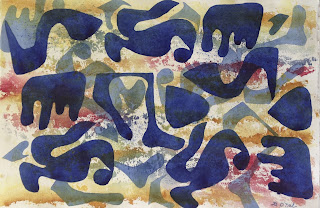 My pooch, Carson has an affinity for paper.  He loves to chew, shred and basically destroy anything made of paper.  Unfortunately that includes my artwork.  He ran down to the basement and pulled out a painting that was drying on the floor.  He grabbed it and ripped it, chewed it up a bit and carried it upstairs like a grand prize!  It was not a good ending for the painting. I now have a lock on the door. 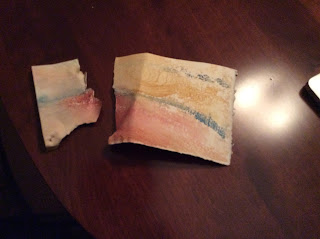 I have several paintings going right now.  Lots of deadlines coming up!  This is a watercolor painting I am doing of a Banyan tree.  It is from a photograph I took while visiting the Ringling Museum grounds.  Such a beautiful place!  I am painting a series of painting from the photos of these trees. 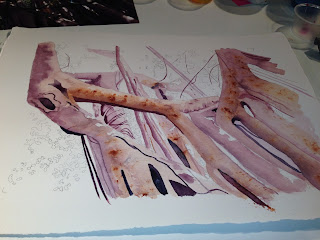 Posted by Diane ONeil at 9:27 AM No comments: 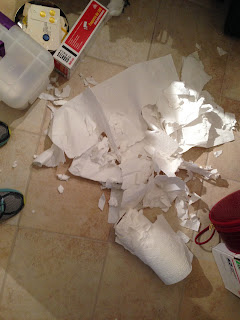 Posted by Diane ONeil at 6:59 AM No comments:

I joined the board of the Michigan Watercolor Society this year.  They are a great group of people.  I look forward to getting to know each one of them.  The annual show this year is at the Janice Charach Gallery which is at the Jewish Community Center in West Bloomfield.  The juror was Robert Burridge.  He gave an artist talk before the opening of the show.  He was quite entertaining!  He talked about being disciplined and painting, painting, painting!  Things we all know but don't do!  He also talked about the importance of marketing your art.  That is something I need to step up.  I am going to work on that this summer.  Look for the Michigan Watercolor Society facebook page to see all the pictures.
Posted by Diane ONeil at 12:29 PM No comments: 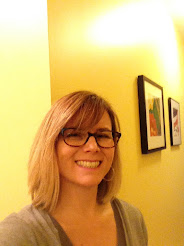